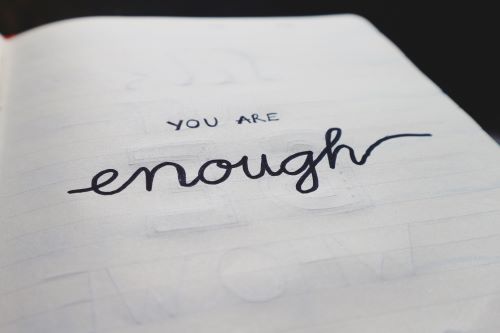 What We Didn’t Expect When We Were Expecting

Since becoming a mom myself, I’ve developed a special interest in working with moms who struggle during pregnancy or postpartum. There are so many factors that are known to contribute to postpartum depression, and you could probably guess some of them off the top of your head, such as financial stress and lack of social support. But others are less discussed. For instance, researchers have investigated a link between depression in mothers and a difficult relationship with their own mother during their upbringing [see 1].

Time after time, I witness women surprised by how much becoming a mother brings up about their own experiences being parented. They wonder aloud ‘why didn’t anyone prepare me for this? Why does no one talk about this?’ And so, here we are.

Those who were mistreated, abused or abandoned (emotionally and/or physically) by their parents wonder how any parent could do this, particularly when they are overcome with love for their own baby. But what stands out most to me is their deep-rooted fear that they do not have what it takes to be loving, caring, present, equipped mothers themselves – that they lack something in an inherent way that cannot be changed or learned – that because they didn’t get enough of it, they now don’t have it to give to a child. Sometimes this fear is very explicit, but not always. I see some of these mothers trying tirelessly to do the opposite of what they remember their own parents doing – to be the opposite of their parents. Well-intentioned, yes, but inevitably problematic.

Let me explain. In spite of their efforts to compensate for their own parents, there is often a nagging feeling or fear that they are like their own parent deep down, and this contributes to a lot of shame. Imagine a new mom whose own mother had a temper and became emotionally volatile at times; she may now want to be a patient, calm mother, and feel tremendous shame when inside she resents her baby for having the infancy she never had, for taking so much of her partner’s focus, for consuming her time and energy such that she no longer has time for herself, for changing her body throughout the pregnancy, etc. She may mistakenly assume that her anger makes her “bad” or that it automatically puts her at risk for behaving aggressively. Her preoccupation with being a “good mom” makes it very difficult for her to enjoy some moments with her infant, and sometimes she doesn’t enjoy being a mom at all. This is viewed by the new mom as evidence that she is indeed ill-equipped or lacking, as she had initially feared. Friends or family often cannot tell that any of this is going on, and the new mom feels like an imposter when she receives praise for her mothering skills. She doubles down on her efforts to be the kind of parent she longed for as a child. But her mood is low, she is exhausted, and tired of being so worried; being a mother doesn’t feel “natural”. Indeed, the more she tries to be a “good mom”, the further from this ideal she feels. Over time, she withdraws further into shame and her mood worsens.

Sometimes I meet moms when they are in the midst of this painful spiral. We start with the basics of protecting their sleep, giving them breaks, recruiting support, etc. But the deeper work is important as well. The truth is that it often makes sense why they would want their own child to have a different experience from their own growing up. And I can see how well-intentioned and fear-driven their efforts are. I try to explain to them, though, that if their parent was extreme in some way, trying to be the opposite will only leave them with a different extreme. And extremes are almost always problematic and unsustainable. For example, if they describe their parent as often having behaved selfishly, then they will wind up trying to be selfless; this often results in them neglecting themselves, and eventually feeling resentful. If they viewed their parent as emotionally unavailable, then they might push themselves to be highly attentive, engaged and present; however, the degree to which they try to do this is unsustainable (because let’s face it, none of us are engaged 100% of the time, let alone when we are with a preverbal infant and running on meagre amounts of sleep!), and they inevitably feel as though they have failed.

I highlight that they don’t need to be perfect to be enough, and that there is a lot of value in being a “good enough” mom. Kids don’t need perfect parents. In fact, there is some evidence that helicoptering over our children makes it harder for them to learn valuable lessons about independence and making mistakes [see 2]. Kids need their parents to be – ON AVERAGE (not perfectly!) – consistent, reliable, and warm [see 3].

So our goal in therapy, instead of being the opposite extreme, is to move closer to the middle – don’t be selfish or selfless, be SELF. What this means looks different for everyone, but it represents a balance of loving both yourself and others, caring for yourself and others, keeping in mind that we never arrive at a perfect balance and things are constantly in flux, but we are aiming for some approximation of making space for both. At least intellectually, most moms can appreciate the notion that they are better equipped to care for their children if their own cup is full; but for moms who did not get their own needs met growing up, the resistance to fully accepting this notion is strong – it feels very risky; they worry that if they relax the fear and inner critic, they will swing to the opposite extreme and neglect their child’s needs entirely.

Herein comes the notion of trusting oneself. Of looking beyond the fear and connecting to what we know to be true about ourselves in our core, in our gut. Most of the time, I get the sense that the person in front of me knows they are a good well-intentioned person who is struggling and trying their best, but they are afraid to believe it just in case they might be wrong and might do something harmful if they let their guard down.

Self-compassion work is key here; reflecting to oneself that we are struggling, that this is really (really, really) hard, that we are doing our best, that we are not perfect, and asking ourselves gently what we need in this moment to care for ourselves (the latter compassionate question is especially difficult, but equally pivotal, when we feel stuck in shame).

Another way to think about this is to ask ourselves: ‘what would I have needed to hear/get/feel from my parent when I struggled growing up, and how do I give it to myself now?’ Most of the time, the sense I get is that we needed someone to see our struggle, to see our intentions (regardless of whether we succeeded performance-wise), and to communicate an unwavering positive view of us that did not change no matter what we did (compassionate, unconditional love). And this is the mom’s challenge with herself in therapy – to be that parent not only for her child, but for herself. To tell herself:

I see you, I see how tired, drained, stressed, fed up, down, and alone you are feeling. I see how much you care, how much you are trying to do good, to be better, and even to reach perfection. How you feel like it’s never enough, like you are never enough. Your fear and your love run so deep that they take over at times. It doesn’t matter to me how many playdates, organic meals, or tummy time sessions you do. I know your heart. I know you are doing your best. I also know you are only human. You are enough. I love you.

Nurturing this kind of inner voice takes real work. But it is so worth it. And through this, we are able to be more present and to take more pleasure in our relationships with our children.

Depression and anxiety are not uncommon during the prenatal and postpartum periods [see 4]. So if you are reading this and struggling, know that you are not alone. Know that in this very moment, millions of women around the world are feeling some version of the same thing as you [see 5]. Know that there is help, and that you are worthy of getting it and of investing in yourself.