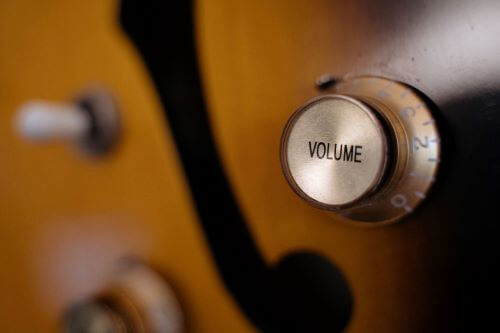 We all have personalities. What makes someone’s personality “disordered?”. Personality is made up of traits; ways of being that make each individual unique. For example, those high on introversion (see Dr. Samuel’s post) feel most gratified when creating space to delve into their thoughts or activities on their own, whereas extroverts feel energized and at their best around other people. Another example: some people think and ruminate for a long time before they make a move, whereas others, who are more impulsive, make the move with little thought of outcome or consequence. Traits like these give rise to patterns of emotions, thoughts, behaviours, and relationships. Now picture these traits like an equalizer on your music player. Imagine the bass being at such a high level that you could hear nothing else and barely recognize the song. Or (perhaps worse?), imagine a song with only treble—no depth. The song could not be heard at its best without a balance of treble and bass. I like to think of personality as formed by the collection of traits at different intensity levels on our own personal equalizer. When a trait is so high or so low that it creates difficulties, it becomes a personality-related issue. For example, Joe often acts before thinking, constantly doing things he regrets and gets into trouble for. Joanne is the opposite; thinking and ruminating about each choice for so long, that she ends up getting nothing done!

When groups of traits are off balance, it can create a pattern of difficulties that can be described as a personality disorder. This is because being extremely high or low on certain traits can lead to day-to-day problems as well as complications with relating and connecting with others. These dysfunctional patterns originate and evolve from an interaction between genetic predisposition and life environment, often becoming more apparent as we reach adolescence. Some of these combinations of trait patterns and resulting problems have been categorized by psychiatrists in the manual of psychiatric disorders (DSM-5; American Psychiatric Association, 2013). These “personality disorders” are essentially specific groups of traits that whether too high or too low, have come to cause life difficulties.

So what does that mean?

Is a disordered personality destined to be disordered forever? We used to think personality was stable (Costa & McCrae, 1980)—meaning that it does not change over time. More recently, we are learning that this is not entirely true (e.g., Ardelt, 2000; Caspi & Roberts, 2001; Roberts et al., 2017). While Joe isn’t likely to become a self-doubting ruminator, he can learn to pause before he acts (i.e., lower the level of impulsivity on that equalizer). Joanne will never be the reckless thrill-seeker Joe is; she won’t book a last-minute skydiving trip in a foreign country. But she might learn to limit the time she spends ruminating about decisions, taking the chance to act even when she doesn’t feel she’s done all her due diligence. Even though Joe is aiming to reduce his impulsivity, and Joanne’s goal is to be less prohibitively cautious, they would both aim for what’s in between: spontaneity. The in-between, or the grey zone is often where our traits work best for us. Most people can learn to bring their traits into balance and be more in-between (in Joe’s case, going from reckless impulsivity to reasonable spontaneity). Learning to move away from extremes to a reasonable and workable middle is the key to making personality our best asset.

So, how do you begin to make your personality work for you?

Costa Jr, P. T., & McCrae, R. R. (1980). Still stable after all these years: Personality as a key to some issues in adulthood and old age. Life-span development and behavior.

Danit Nitka received her PhD in Research and Clinical Psychology at Concordia University, in Montreal, Quebec, and is a psychologist at Connecte Montreal Psychology Group. The team at Connecte loves writing about ways to boost our mental health and bring psychology into our everyday lives. For more helpful tips, check out Connecte’s blogs, podcast, follow @connectepsychology on Instagram or like us on Facebook.