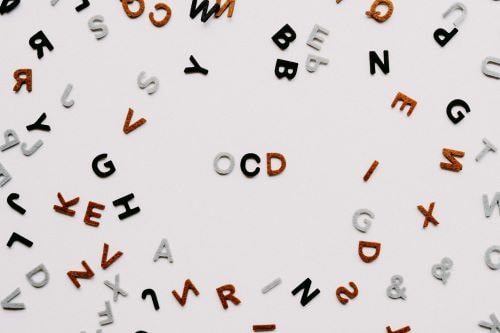 Throughout my work as a therapist, I’ve had the pleasure and privilege of working with wonderful people who are going through a period in their life where they are either feeling stuck, experiencing suffering, or hoping to grow in important ways (usually a combination of all of the above!) One of the important aspects of helping guide individuals involves first correctly understanding what it is they are struggling with, which then helps inform what kind of treatment might serve them best. Over time, I have come to appreciate that one of the sneakier forms of mental illness, even for those who are highly trained in treating psychological disorders, is obsessive compulsive disorder (OCD).

OCD is often thought of as a disorder that involves a fear of contamination, or a desire for order and alignment. Though those two aspects of the disorder certainly exist, OCD is equally as often seen to include a much more diverse range of topics. At its core, OCD involves a combination of a broken alarm system and the fear of uncertainty, and this broken alarm can relate to any valued area of a person’s life.

When someone is suffering from OCD, their mind will focus on an obsession that will typically trigger an emotional response (anxiety, shame, depression, etc.), as a result the individual will try to do something to make that emotion go away, which is called a compulsion. The compulsion can happen either internally (e.g. ruminate, repeat certain phrases to themselves, pray a certain way, try to ‘solve’ the problem, etc.) or externally (e.g. avoidance of the trigger, reassurance seeking, googling, checking whether something was turned off, checking if they did the ‘right’ thing, etc.). Usually, the compulsion helps to reduce the emotional discomfort, so the person naturally feels better! Unfortunately, though, this teaches the brain that the obsession itself was worth their attention in the first place, and so the brain will send the same concern out again. To reduce the discomfort, the individual will engage in the compulsion again, which will help reduce the discomfort. But therein lies the trap of OCD… The compulsions seem to work! But only in the VERY short term. In the long-term, they serve to reinforce the cycle of OCD, which keeps the brain sending highly distressing signals which then keeps the person engaged in compulsions to try to avoid the suffering. On and on the brain goes, sending false distress signals, demanding more attention and compulsions, and creating more suffering. Often, when OCD remains untreated, it leads individuals to live a smaller life where they feel they must avoid the ever-accumulating situations that they’re feeling triggered by.

So, why am I giving this crash course on OCD? Because as I said earlier, OCD is sneaky. It likes to present in ways that make the client think that their issue is about the CONTENT of their obsessions, not the cycle itself. And as therapists, it’s our job to differentiate between meaningful content versus the OCD cycle. Here’s an example of where we might get stuck: a client comes into the office with a desire to discuss their religious identity. They’ve perhaps been connected to their religious community for most of their life, and they have suddenly begun to have doubts about whether they believe in their religion enough, whether they’re in the wrong religion, or whether they should abandon their religious affiliation altogether. They are constantly ruminating about how they should proceed, and are sharing and confessing to their religious leader about their doubts. They sit down in your office and begin sharing the reasons why they’re unsure, looking for guidance and an ‘answer’ to their doubts and uncertainty. In this situation, it would be tempting to help them unpack their history with their religion, their values, and their goals for the role of religion in their life moving forward. But this would be a trap. By engaging in the discussion, we’re strengthening the message to the brain that their doubts are meaningful, and that there exists a true ‘answer’ to their uncertainty. It adds fuel to the OCD fire! Instead, our job is to help them understand that their rumination, reassurance seeking, and confessing are all compulsions keeping their emotional alarm bells ringing.

Below are a few other areas that OCD can show up, where we can often be tempted to buy into the content versus the cycle:

I think you get the picture! This list is hardly exhaustive, because as you can probably tell, OCD will latch onto anything that you believe is important. The main message is that the more we’re aware of these sneaky obsessions and fears, the more we are equipped to tackle them in a way that helps clients tolerate the uncertainty, and get comfortable in the not knowing. Learning to wave the ride of uncertainty is difficult, but is also the path toward freedom from OCD.

(2) Phillipson, S. (2021). In both the treatment of OCD and in living a disciplined life, there is no word more important than “Choice”. OCD Online. https://www.ocdonline.com/choice

Tobey Mandel received her PhD in Clinical Psychology at McGill University, in Montreal, Quebec, and is a psychologist at Connecte Montreal Psychology Group. The team at Connecte loves writing about ways to boost our mental health and bring psychology into our everyday lives. For more helpful tips, check out Connecte’s blogs, podcast, follow @connectepsychology on Instagram or like us on Facebook.