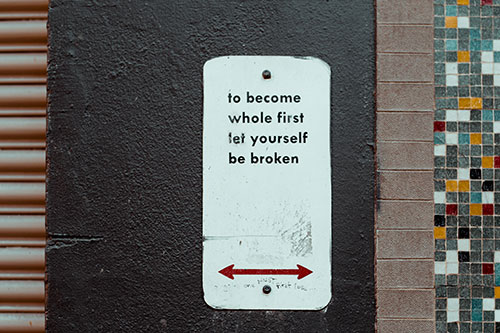 Emotional avoidance: Make it go away!

Lately I’ve been thinking about the various ways that people try to avoid their emotions. And it’s understandable. Emotions can feel pretty scary, especially when they get intense. Intense anxiety can elicit a sense of impending doom, the physical symptoms that accompany panic can generate a sense that one is having a heart attack, and individuals overcome with anger can feel like they are going to explode. So it makes sense that we would want to avoid negative emotions. In fact, it’s not uncommon for people to cite getting rid of an emotion like anxiety as their initial goal for therapy.

Problems with wanting to eliminate negative emotions Although it’s understandable to want to avoid negative emotions, either by numbing ourselves when they arise, or wishing we could eliminate them altogether, there are several reasons why this isn’t actually a good idea.

So, you want me to just…what? Sit with my emotion?

Although this might seem crazy at first, allowing ourselves to sit with a negative emotion provides us the opportunity to see that our emotional wave (although very uncomfortable) will decline in intensity over time and will not destroy us. Also, by not trying to “do something” to get rid of the emotion at the peak of its intensity, we might avoid doing something impulsively which we might later regret (McKay, Wood, & Brantley, 2007).

Rather than telling ourselves that our emotions do not make sense, that we should not be feeling that way, that our emotions are dangerous, or that we should try to get rid of them, we can try to identify what emotions we are experiencing in that moment (e.g. I feel angry), validate for ourselves that our feelings are understandable in light of the situation or context (e.g. it’s understandable that I’m angry because this situation is unfair), provide ourselves with words of compassion (e.g. I know this is really hard right now, and I know I will get through this), and ask ourselves what it is that we might need – not what we need to get rid of the emotion, but what we need to take care of ourselves (e.g. restorative activities like a nap, working toward boundary setting)…and if we’re really up for challenging ourselves, we can even thank our emotion for drawing our attention to this need and for giving us the opportunity to take care of ourselves in a more compassionate and present way (Neff & Germer, 2018).