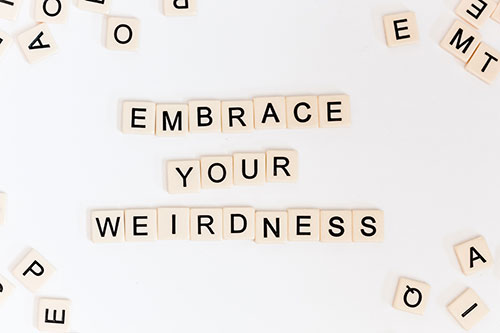 The Ins and Outs of Introverts

One thing that I’ve noticed more and more in my sessions recently is that individuals who consider themselves to be more introverted have often been told that we were too shy or have had people try to bring them out of their shells at some point in their lives. Messages about the advantages of extraversion abound in North America. As kids, we are taught to be social, talkative, outgoing, assertive, and communicative. Extraverts might be more comfortable when it comes to public speaking, job interviews, or group work. And extraverts might even get more attention, at least according to American proverbs like “the squeaky wheel gets the grease”.

Introverts, on the other hand, might get overlooked or feel overwhelmed by the high energy stimulation of sleepovers, school dances, family reunions, or work functions. And in an Instagram world where we are constantly sharing what we are doing and thinking with others, introverts might be left feeling like there is something wrong with them if they would rather keep to themselves.

Introversion has been shown to be associated with multiple strengths (e.g. Feist, 1999; Lee, 2017), many of which are described in the New York Times bestselling book entitled Quiet: The Power of Introverts in a World That Can’t Stop Talking by Susan Cain (2012), whose TED talk can be seen here. Here are a few things to keep in mind if you’re friends with, in a relationship with, working with, or raising, an introvert:

First, try not to mistake introversion for social anxiety: According to the Diagnostic and Statistical Manual of Mental Disorders – 5th edition, individuals with Social Anxiety Disorder often worry that others will judge them negatively or that they will humiliate themselves; people with this disorder might avoid social situations because they anticipate social rejection. These symptoms elicit considerable distress and/or negatively impact their ability to function in areas like relationships, work or school. In contrast, introverts may simply prefer to spend time alone or with one or two close friends because that is how they recharge or because they genuinely enjoy solitary activities like reading. So, before you try to bring introverts out of their shells or nudge them to be ‘more social’, consider their reason for spending time alone or for limiting their time spent in groups.

Also, consider what you appreciate about them, just the way they are: Notice things about the introverts in your life for which you are especially grateful – maybe they are really good listeners, good at keeping secrets, empathetic, down to earth, and funny once you get to know them. Consider sharing this with them; it may be especially appreciated if they grew up surrounded by messages that they were too quiet or shy.

And finally, take it as a compliment: Because they would often rather be alone or with one or two people, them choosing you as one of the people who they enjoy spending time with might mean that you are special to them and that there is something about you in particular that they really cherish!