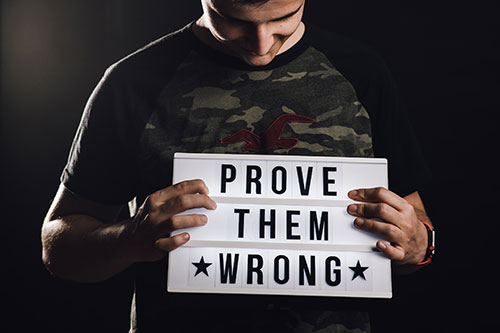 Have you ever heard someone suggest that ‘Depressed people are lazy, and they just need to toughen up’? Not only can such statements be extremely hurtful, but evidence flies in the face of such thinking.

Case in point: Olympic athlete Michael Phelps’s battle with depressive symptoms and suicidality. One thing that makes his story so compelling is that he is a record-breaking gold medalist whose training undoubtedly requires tremendous focus and dedication, and who most people would certainly not consider to be ‘weak’ or ‘lazy’.

In recent years, he has opened up about his experiences (1, 2). Let’s take a look at what he has shared, and how this might relate to mental health more broadly:

Bottom line: Struggling with depression does not make someone weak or lazy. And the wide variety of people coming forward about their own experiences demonstrates that very accomplished, hard-working and motivated individuals can struggle with mental health problems. Michael Phelps’s experience illustrates this point well, as well as the importance of factors like social support, motivation, self-worth, and mindfulness in mental health.