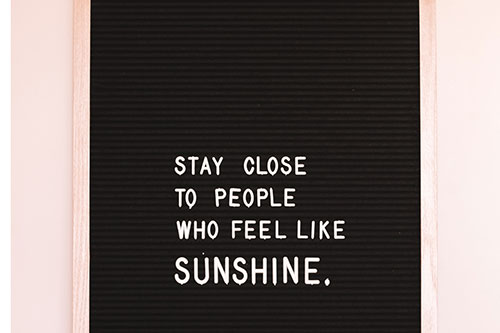 It’s All Relative: What Are Social Comparisons And How Do They Affect Us?

Do you find yourself comparing your looks, abilities, or finances to those of other people? If so, you’re not alone! Many of us make these kinds of social comparisons, in which we compare ourselves to others on a certain dimension. Indeed, social comparisons have been studied for decades [1]. Researchers have proposed multiple reasons we might do this, including self-evaluation (to get a better sense of how we are doing on a certain dimension) or self-enhancement (to boost our views of ourselves) [2]. And this is makes sense, right? Without social comparisons, how do we know if we are smart, attractive, successful, etc.? In class, we might consider a B a really good grade if the class average is a C-, but less so if the class average is an A+. A yearly salary of 10,000 US dollars might be considered extremely high in one country, and lower in another country.

Who we choose to compare ourselves to can impact how we feel:

1) Since social media provide us with even more opportunities for social comparison, it can help to be an educated consumer of the information we gather from these sources. For instance, it’s important to realize that much of what we see (and post) on social media can be an unrepresentative sample of people’s lives. For example, people rarely post pictures of themselves sitting home alone on a Saturday night. Instead, they tend to post pictures of themselves in which they look their best (e.g. the photo is taken from their best angle, they are surrounded by friends and looking super happy). If we don’t keep this in mind, we might be vulnerable to looking at people’s social media pages and feel less attractive, likeable and happy by comparison. Interestingly, in a recent study, those who made negative comparisons of themselves with others on Facebook were found to ruminate more, which in turn was linked with more symptoms of depression [4].

2) If you are going to make a comparison, try comparing yourself now to yourself in the past (e.g. a few months ago) instead of comparing yourself to someone else. This can be helpful in that it provides you with the opportunity to monitor your progress and to gather some positive feedback.

For example, maybe you’re closer now to your goal of being able to run a half-marathon than you were last year; this progress is something to be proud of even if a friend of yours is already running it! Also, yourself in the past serves as a fairer baseline of comparison than someone else does, because that someone else often has a different set of circumstances (e.g. different genes, upbringing, experience). In the marathon example, your friend may have started training a year before you, she may have a treadmill at home while you don’t, etc.

3) If you are going to compare yourself to someone you feel is doing better than you in a certain area (an upward social comparison), then consider also comparing yourself to someone you think is worse off than you in that area (a downward social comparison); doing both inevitably leads us to conclude that we fall somewhere in the middle (so there are people who do better than us and others who do worse than us in a certain area). And often we can live with this more easily than we can if we only focus on those who outperform us and feel inferior by comparison.

4) If you are feeling badly about yourself in a certain area, think of other areas of life where you do feel that you are doing well. This is important because we sometimes discount or minimize things that we are good at, and magnify or focus instead on areas that we feel are lacking – a tendency which invariably leaves us with a negatively skewed view of ourselves. Reminding ourselves of areas that we are doing well in can help us view ourselves in a more balanced way – we have strengths and weaknesses like everyone else and that’s okay.

Comparing yourself to others may be a habit that has gotten a lot of repetition by now, so expect that it may take time and practice to implement the tips listed above. It’s not easy to change the way that we think about ourselves, but the payoff that we can derive from developing healthier self-talk can be well worth the investment!