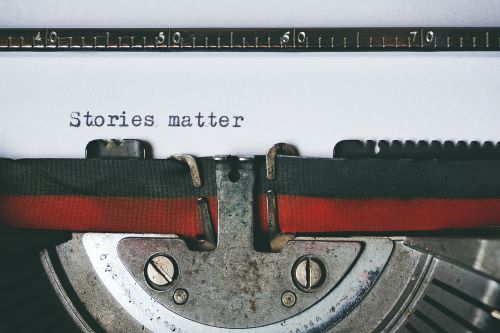 You Can’t Save The Damsel If She Loves Her Distress: Understanding Self-Motivation

You can’t save the damsel if she loves her distress. This profound statement was made by a client of mine. Don’t worry, she said she was ok with me using her wise words in this blog post and I’ve changed personal details to protect her identity. This client of mine had an eating disorder and was truly suffering with it. When people who cared about her would come to understand just how much she was suffering, their responses typically involved trying to help. Sometimes they would offer her rewards as incentives to change; “I’ll take you to a movie if you eat lunch today”. This occasionally got her to eat a meal, but it never led to any lasting change. She’d often get tips or advice on how she could change. “Have you thought about scheduling meals?” “Just stop weighing yourself!” and so forth. But she was a smart girl and was able to think of these solutions on her own. Knowing what to do wasn’t the problem. The real problem was that she was on the fence about whether she wanted to change or not. She found that when people tried to “motivate her” to change, she actually felt less motivated to do it. What she was telling me that day with her comment was that damsels, like most people, will usually do whatever they want to do, and trying to convince them to do something that they don’t want to do, usually doesn’t work.

I’m sure that many people reading this can relate. Think about a time when you felt unsure about whether you wanted to change something in your life. It could be forming a new habit like going to Yoga more often, or stopping something you were already doing, like quitting smoking or getting out of a relationship that wasn’t working. Who were the most helpful people at that time? Was it the ones who pushed you the hardest? The ones who rewarded you somehow when you made small changes? The ones who made you feel just a bit guilty if you didn’t make the changes you originally set out to? Or was it the ones who were there to support you and talked to you about why you had wanted to make the change in the first place?

For most people, and in line with what a lot of science suggests, the last option listed – the one that meets someone where they are at and taps into their motivation from within – would feel the best and would be most conducive to long lasting change. Tying this to therapy, it’s like therapeutic skills and strategies are the car that will get you from A to B, but a person’s own motivation to change is the fuel. The car won’t drive without it. And, interestingly, the things that a lot of people do naturally to help motivate themselves or others can often end up actually undermining motivation and can lead to less change.

How am I motivated, let me count the ways

External motivation is when we do things for reasons outside ourselves. Behaviours are performed because of some kind of demand or tangible reward. This is like a kid who does chores to get candy money, or like one partner motivating the other to go to the gym by offering to cook dinner in return. Introjected motivation is a little less external, but not much. This is essentially when we do things because we will feel guilty or bad about ourselves if we don’t. This is what drives us when we do something for someone just so that we don’t get yelled at, or when we eat healthy food because we feel like we’re doing something “wrong” otherwise. Identified motivation is moving towards being more internally focused on our continuum. This is when we engage in a behaviour because it is in line with something we truly value. We might find a TV show to be painfully boring, but we watch it with a loved one if it’s important to them. We might absolutely hate a particular class, but will study hard for tests because it will help us get into a program we really want. Integrated motivation is the most internal of the extrinsic motivation family. This is when we bring some sort of external motivation or value into how we see ourselves. We do things because they are so important to us that it wouldn’t feel genuine not to do them, but not because they are fun in and of themselves. Finally,intrinsic motivation is when we engage in a behaviour because our most authentic self simply wants to. This is when we learn about something because we are curious, or when we make someone a gift because it’s fun for us to do. This is when we act for no other reason than the joy of doing something.

Why intrinsic motivation is king (or queen, or any gender neutral ruler you like)

Our society uses extrinsic motivation to get people to do things all the time, particularly the external and introjected varieties. Anyone remember ever studying for a test for no other reason than to get that A? Or just to avoid getting scolded? I know I do. But the science suggests that getting people to do things by using external motivators both leads to worse results, and actually sucks out the intrinsic motivation from people even if it was there to start. This has been shown in a variety of ways and in a variety of contexts including businesses, schools, and in therapy (see Deci & Flaste, 1995 for a review of business and education contexts, and Ryan et al., 2010 for a review in therapy contexts).

The overwhelming conclusion is that extrinsic rewards get people focused on outcomes instead of on working well along the way, and make tasks less enjoyable. They also result in less learning. For example, in studies where groups are either told that they can read a story for interest, or need to read a story because their knowledge of it will be tested, those who think they will be tested use rote memorization instead of actually processing information and forget the information soon after they write the test. Extrinsic rewards result in less creativity in art and problem solving, and less financial productivity in business. Bringing this back to the damsel in distress, prior to starting therapy with me, my client had been in an eating disorder program in which gaining weight was tangibly rewarded. I can imagine why this type of program did not foster her intrinsic motivation to change. In my experience with her, the times that she seemed the most motivated tended to be when I would ask her about why she wanted to recover and supported those reasons. People tend to offer extrinsic rewards with good intentions, thinking they’re helping to boost motivation, but it works in the opposite way.

If you’re interested to hear a bit more, here’s a nice Ted talk by Dan Pink in which he makes a case for not using external motivators in businesses:

Stay tuned for a future entry in which I’ll talk about how to foster and support more intrinsically based motivation in ourselves and others.

Michelle Leybman is a clinical psychologist in Toronto, Ontario. Learn more about Michelle here. The team at Connecte loves writing about ways to boost our mental health and bring psychology into our everyday lives. For more helpful tips, check out Connecte’s blogs, podcast, follow @connectepsychology on Instagram or like us on Facebook.